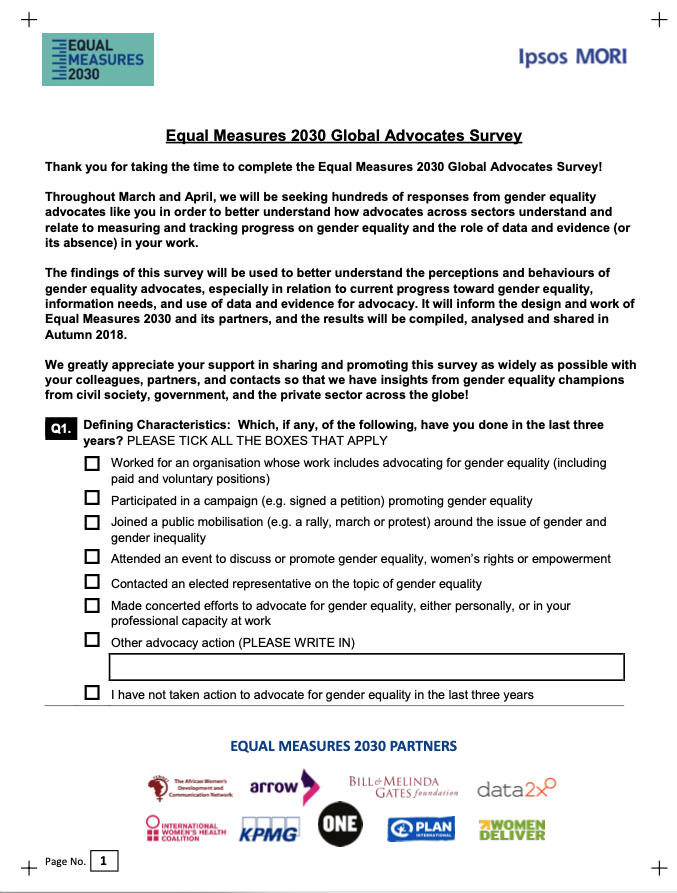 In 2018, Equal Measures 2030 (EM2030) and the global researching firm Ipsos MORI asked more than 600 gender advocates about their views on progress towards gender equality, how they feel about current data sources and what issues to prioritize in our push for better and more accessible data in order to better meet the Sustainable Development Goals (SDGs) for girls and women.

The results of the EM2030 Advocates Survey 2018 demonstrate that gender advocates have different perspectives according to their own gender, with more than half of male respondents (55%) saying the gender equality situation in their country has improved, compared to one third of female respondents (33%).