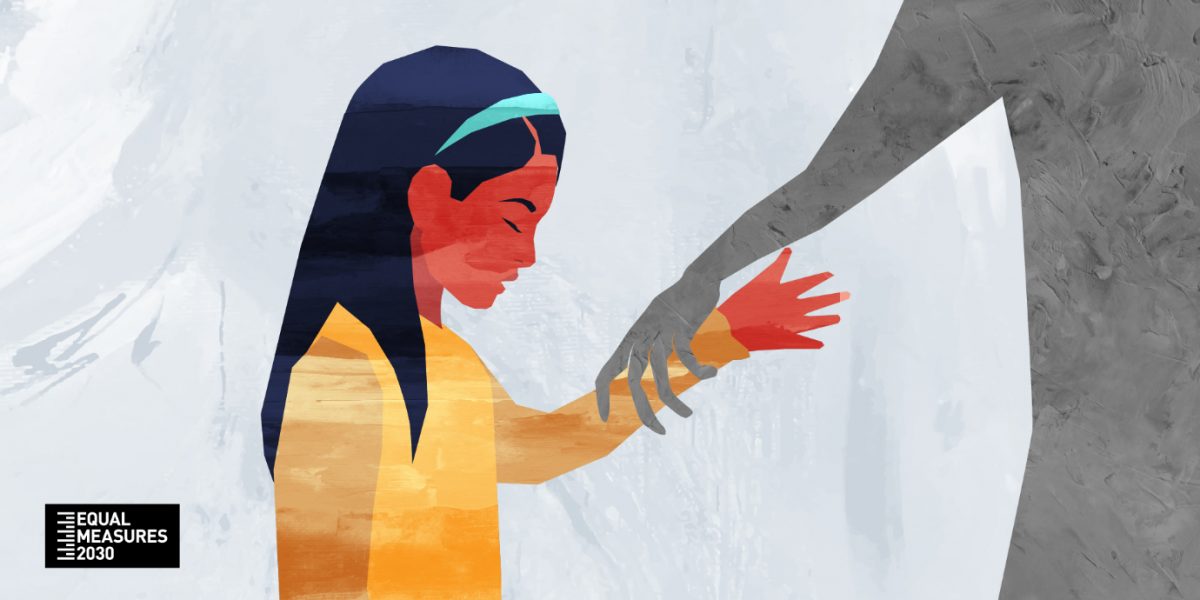 “Simply changing the law will not end child marriage, it is critical to ensure that the law is being effectively implemented” Misiyah, Director of Institut KAPAL Perempuan

In conversation with Misiyah, Director of Institut KAPAL Perempuan: Eliminating the practise of child marriage in Indonesia

A year has passed since the landmark move, a lot has happened in Indonesia. In September 2019, the Indonesian parliament unanimously voted to raise the legal minimum age of marriage for girls by three years to 19. Indonesian law previously allowed girls as young as age 16 and men at 19 to get married. An exception in the law were cases where parents could request religious courts or local officials to permit marriages of girls younger than 16. This disharmony in legal systems meant that in many cases there were no minimum age requirements for girls’ marriage. The parliament’s decision was a big win for the feminist movement and a hope for a bright future for the girls and women of Indonesia.

We recently spoke to Misiyah, Director of Institut KAPAL Perempuan, our partner in Indonesia, who are at the forefront of the movement to outlaw child marriage, about their journey as advocates and progress on effectively implementing the law to realise their goal of ending child marriage.

Indonesia has the 8th highest number of child marriages in world. Why are the numbers so high and why is the practise so common?

Child marriage is a complex practice, it is rooted in cultural beliefs and customs, that are linked to various other structural factors and social determinants. The National Socio-economic Survey and UNICEF show that girls, and children from poor families, in rural areas, and with low education are more vulnerable to child marriage[i]. KAPAL’s research shows immense social stigma for young women marrying after age 20, religion also dictates that it is better to marry young. This makes it extremely hard to address attitudes and norms that make child marriage acceptable.

The practise of child, early and forced marriage is a pervasive and serious problem in Indonesia. In the last ten years, the child marriage rate in Indonesia fell slightly, just by 3.5 %, but in 22 provinces the prevalence of child marriage remains above the national average of 10.82% in 2020.

It has been a year since the monumental change in age of marriage in Indonesia. What happened after? What would you say have been key moments and challenges since then?

After the law was revised, the government, NGOs, and other stakeholders shifted efforts towards ensuring that everyone knew about the changed law. Sensitisation campaigns began and are still ongoing as many hard-to-reach regions are still uninformed. It has been particularly challenging to build the awareness among people, as well as government officials, religious leaders, traditional elders, scholars, public figures, and journalists.

We all know that simply changing the law will not end child marriage, it is critical to ensure that the law is being effectively implemented. There are several efforts being made across the government machinery to strengthen the revised law. For instance, the National Development Planning Agency (Bappenas) developed the National Strategy for Child Marriage Prevention to be implemented by relevant government ministries. The Supreme Court issued regulations on Guidelines for Court Hearing of Petitions for Marriage Dispensation in support of the revised law. Local governments have also acted by issuing local regulations to prevent and address child marriage. Regulations and plans are important but not enough, the revised law needs to be integrated across all government programs, with adequate budget allocated for preventing and responding to child marriage.

Monitoring the implementation of the revised law right down to the lowest tier is very critical at this moment and continues to be a major challenge. Data plays an important role here. The data that the government currently holds is not inclusive and mostly limited only to the provincial level (sub national). We as an organisation have focused on generating alternative data from a gender perspective in a participatory manner. Our data is designed and collected to fill the vacuum and inform government processes.

At KAPAL we have been generating data at the village level (lowest tier) by building capacity of local women and stakeholders on data collection methods and tools to consistently generate, synthesise and disseminate data. The participatory nature of data collection creates a sense of shared ownership and offers validation. KAPAL has also been providing legal training to women leaders to address cases of child marriage at the village level. The field workers empowered with knowledge and skills are now advocating against child marriage in their own communities.

An increase in child marriage rates has been identified as an unspoken effect of Covid-19. What has been the impact of Covid-19 on women and girl’s decision-making ability on marriage in Indonesia?

Even before the pandemic, women and girls had limited agency. Amid Covid-19, women and girls in Indonesia appear to have even less decision-making power on marriage. We are seeing a spike in cases of violence against women and child marriage.

Many factors affect a woman or girl’s ability to make important decisions on their lives, including marriage. A simple example concerns schooling decisions in families on who gets to continue to higher levels of education. In a family with a son and daughter, the son’s education would be given priority due to our deeply entrenched patriarchal belief system. Similarly, in terms of marriage, women and girls are denied the freedom to make their own choices and are often unable to say no to marriage at an early age.

The Covid-19 pandemic changed the way in which we live and work. We have had to alter our approach to advocacy and capacity building, shifting everything online. At KAPAL Perempuan we launched emergency responses to the pandemic. Our efforts have focused on educating the public on health and gender issues, delivering food and other relief aid, promoting the use of online media with specific attention to communities unreached by the internet, produce and distribute face masks and ensure that gender issues are addressed in Covid-19 responses. The impact of Covid-19 is strongly felt in our work at KAPAL as well as at an individual level.

What does the road ahead look like? What more needs to be done to ensure that girls are empowered to negotiate and exercise autonomy on decisions around marriage?

There is always hope and optimism for Indonesia to move towards eliminating child marriage. Indonesia has committed to eliminating the practice by 2030 in line with the sustainable development goals. A lot needs to be done to realise our vision.

Commitment and collective action between stakeholders are key to making Indonesia child marriage-free. Monitoring the implementation of law becomes crucial to ensuring that the new minimum age of marriage set at 19 for both men and women is enforced. Most importantly, women and girls need to be made aware of their rights and feel empowered to exercise autonomy on decisions concerning their bodies and lives, especially in relation to marriage.[i]https://www.unicef.org/indonesia/sites/unicef.org.indonesia/files/2020-06/Prevention-of-Child-Marriage-Report-2020.pdf

Related Stories
View All
We use cookies on our website to give you the most relevant experience by remembering your preferences and repeat visits. By clicking “Accept All”, you consent to the use of ALL the cookies. However, you may visit "Cookie Settings" to provide a controlled consent.
Cookie SettingsAccept All
Manage consent