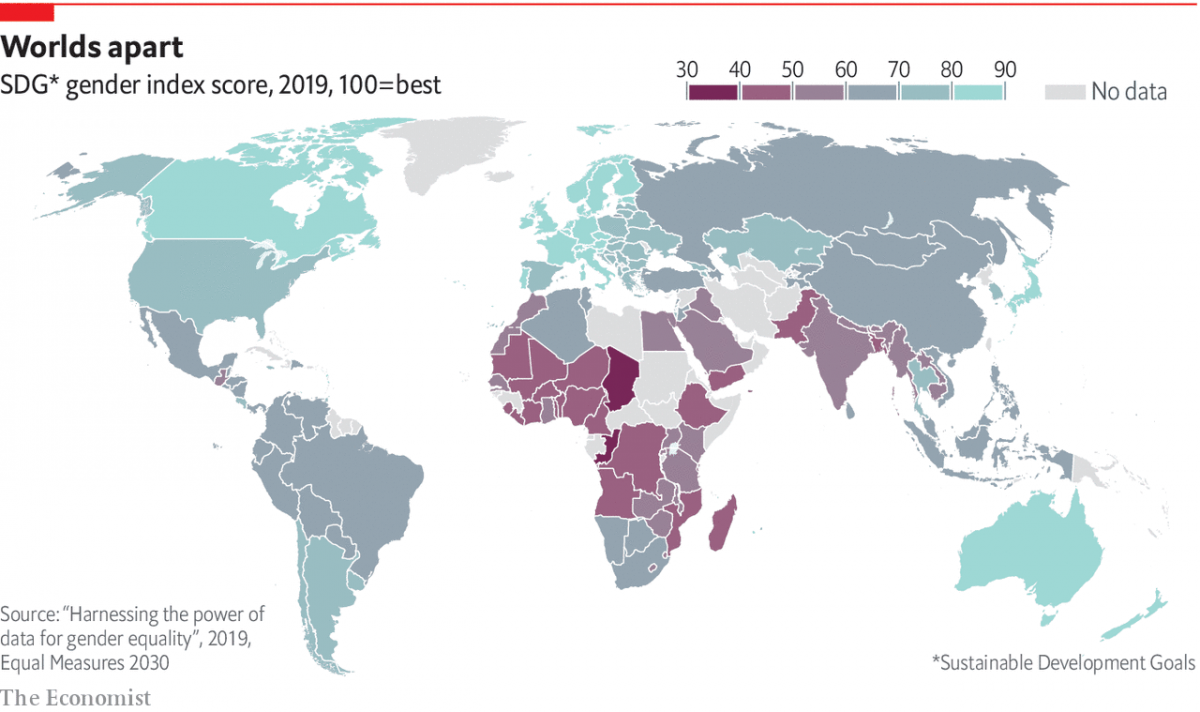 “THIS IS a man’s world,” sang James Brown in the spring of 1966. The adage still holds true today. In 2015 the United Nations General Assembly approved the Sustainable Development Goals (SDGs), a collection of targets for social progress to be achieved by 2030. The goals closest to being met are those for hunger and nutrition, water and sanitation, and health and education. In contrast, one of the objectives that the world is farthest from meeting concerns gender equality.

A recent report from Equal Measures 2030, an initiative co-sponsored by the Gates Foundation, ranks 129 countries on a scale from zero to 100 on 15 of the 17 SDGs, taking measures on 51 issues including health, gender-based violence and climate change. Data are drawn from UN agencies, the World Bank, NGOs, think-tanks and Gallup, a polling firm.